Why Gender-Neutral Bathrooms are Important for LGBTQ+ Youth 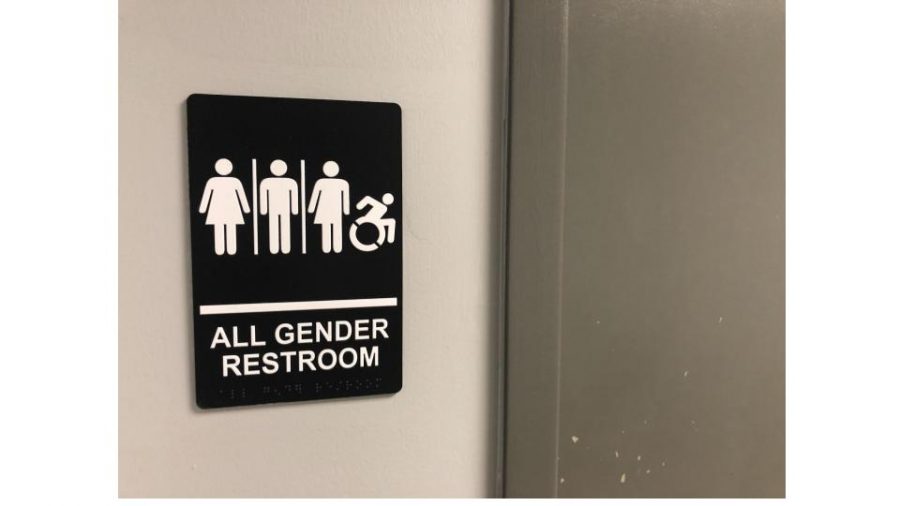 Imagine deciding not to use the bathroom due to being uncomfortable.  While this may be hard to picture for some, let’s set the scene.  Imagine someone being in school, about halfway through the day, and realizing they have to go to the bathroom.  But the only bathrooms available are the ones labeled “boys” and “girls”.  If their legal sex is one of them, and they identify with that, it’s fine, right?  But if they don’t, it may pose a problem.  Since there are only two options, it may be hard to go in the one that is more comfortable because neither of them seem like they fit.  Or even if they wanted to choose one, if it doesn’t match their legal sex, they would risk being harassed and would feel unsafe.  So what could they do?  Many genderqueer, gender-nonconforming, and transgender youth would just avoid going to the bathroom altogether.

Many schools in the United States do not include gender-neutral bathrooms.  While some have a handicap stall, most bathrooms are traditionally gendered, which seems outdated in the twenty-first century.  According to an article from the University of Michigan Health Lab, “Nearly 60 percent of transgender youth say they have been required to use the restroom corresponding with the gender they were assigned at birth, and 70 percent report avoiding public bathrooms because of feeling unsafe and uncomfortable”.  Everyone should have the right to use a bathroom they’re comfortable in, and if there are only bathrooms for men and women, a lot of people are negatively impacted.

For example, an article from GLSEN (the Gay, Lesbian, and Straight Education Network) stated, “Feeling unsafe, uncomfortable, and at risk of illegal disciplinary action, these students might “hold it” or restrict intake of fluids, risking pain and dehydration. Some of these students even leave school altogether. These outcomes are not positive in any way, for any one.”  Schools are intended to be safe learning environments.  If students are at risk of harassment, dehydration, or feeling uncomfortable, they are less likely to feel safe.

In addition, LGBTQ+ youth are at a much higher risk of violence from their peers than their straight, cisgender counterparts.  A manuscript from NCBI (National Center for Biotechnology Information) stated, “LGBT youth’s experiences with harassment have been linked to skipping schools because of safety concerns (e.g., Gay, Lesbian and Straight Education Network, 2013; Taylor et al., 2011), which can have wide-ranging consequences for academic achievement, psychosocial wellbeing, and progress after graduation.”  To reiterate, many queer youth skip school because they’re afraid for their safety or don’t want to deal with harassment. Unfortunately, this can cause negative effects on their mental health and may cause their grades to suffer, which could negatively impact their future.

Schools in Philadelphia, Pennsylvania have already taken a step in the right direction.  According to an article from PGN (Philadephia Gay News), “Starting in the 2021-2022 school year, which begins August 31, every building in the Philadelphia School District will have at least one single-stall gender-neutral bathroom.”  While this doesn’t seem like much, it’s definitely a start regarding equality for LGBTQ+ youth.  The superintendent of the school district stated, “ Every student deserves to know their rights will be recognized and upheld at school.”  Hopefully, other school districts will agree.

Some may say that everyone should use the bathroom of their legal sex.  However, that can be extremely harmful to transgender and genderqueer youth.  For example, according to GLSEN, most transgender and gender-nonconforming youth feel uncomfortable in the bathroom that aligns with their legal sex.  They show this by stating, “GLSEN research shows that nearly two thirds of transgender students avoid school bathrooms because of feeling unsafe or uncomfortable. They risk verbal and physical harassment, no matter which of the two, sex-segregated bathrooms they enter.”  Forcing people to hold it or go to a bathroom that makes them feel unsafe is a terrible thing to do.  Everyone has to go to the bathroom at some point, why does it matter which bathroom they go in?

A simple solution to this issue is to make it required by law to have multiple gender-neutral bathrooms in each school across the country.  They should be open for everyone’s use and be monitored enough to ensure that the people who decide to use them aren’t bullied or feel unsafe.  However, these bathrooms being too closely monitored could put students at risk of being outed to their families or guardians.  If gender-neutral bathrooms are the norm, gender nonconforming, transgender, and genderqueer people will be less at risk of harassment and won’t feel as uncomfortable with such a simple task as going to the bathroom.  As mentioned in an article by PGN, “Nobody should ever feel unsafe or anxious about using a bathroom because of their gender identity.”