Of New Artists and Rock and Roll 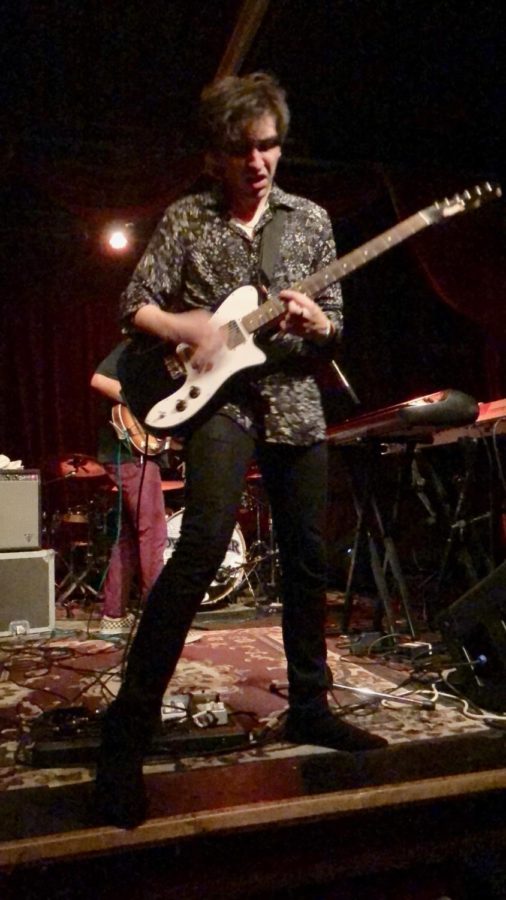 Music: a wide, vast topic, with thousands of genres, subgenres, artists, and songs. With music often comes fame. The best of the best make thousands–millions, even–off of just one song that they put out. Whether it’s Casey Kasem and America’s Top 40, or the Billboard 100, or any number of other publications that rank their songs of the week, month, and year, there are names that people all around the world know; the Beatles, Beyonce, Elvis Presley, Ariana Grande…musicians are celebrities that are often known all around the world. However, there are millions of musicians that are not nearly as well-known, if they are known at all. A musician I feel deserves far more recognition than he already receives is the talented Dylan Gardner.

Gardner is a twenty-two year old out of Illinois, currently residing in Los Angeles. He has somewhat of a following, having around sixty-two thousand monthly listeners on Spotify as of November 2018. He was named after Bob Dylan–a fact mentioned in his song “The Way It Goes” off of his album Adventures in Real Time–and his father was the bassist of the 1980s pop group The Kind, so music is practically in his blood. His major inspiration is the Beatles, as well as others like Elvis Costello, Sam Cooke, Ben Folds, and other well-known, older musicians. I find that he has a sound that is unique to today’s society; it is a wonderful mixture of pop and rock that not many singers and bands still produce these days.

His most recent tour–the tour for his second album, Almost Real–was the first tour he’d ever headlined on his own. I happened to go to his show at the Trocadero in Philadelphia. A small, standing-room-only bar with a teeny-tiny stage and about thirty people present, the show wasn’t big by any means. This aside, the crowd–including my friends and myself–was enthralled. Gardner has a way of getting the crowd to move unlike any other artist I’ve ever seen. He interacts with them, and his music is so lively and upbeat that anyone listening can’t help but jump around. Dylan carries himself extremely well–he has an impeccable rock star persona, but is genuinely such a kind and sweet person when you talk to him. I was lucky enough to converse with him after the show–not that I did much of the conversing, I was too busy being starstruck–and he was such a great, genuine, happy person who is so thankful for his fans and puts out such good music. He was nothing but kind and humble, and I feel as though these make great qualities for someone who should be all over the media as a model for what musicians should represent in today’s society.

As far as music goes, Gardner’s is best classified in the rock category. Rock has infinite subgenres, like alternative rock, or pop rock, or punk rock, etcetera. The most famously known classification of rock musicians is the Rock and Roll Hall of Fame. The classifications are not that specific. In an article by Billboard, it is stated that “A performer is eligible for twenty-five years after the release of the act’s first record.” A list of rock artists that qualify is compiled, and is then sent to a nominating committee that consists of about thirty to forty judges, all of which influential people in the music industry.  After that, the nominee list is sent out to seven-hundred to one-thousand rock experts around the world for voting. In order to be inducted into the Hall of Fame, a nominee must receive more than fifty percent of the votes in their favor. So, the screening process is long, but the best of the best hold places in the Rock and Roll Hall of Fame.

Speaking of the best of the best, I decided to look into who are some of the best musicians of all time. The best source I could find was a compilation by popular music magazine The Rolling Stone, titled “100 Greatest Artists”. The number one artist of all time according to the list is The Beatles–a band that Gardner has been quoted as saying are “[his] blood type”–a rock band from the 60s and quite the household name. Placing in second is Bob Dylan–Gardner’s namesake–in third is Elvis Presley; in fourth are the Rolling Stones; and in fifth is Chuck Berry. Many of the artists on the list are best known for rock music, which is Gardner’s genre. The fact that his biggest inspiration and the man he was named for are the top two artists on the list surely cannot be coincidental–clearly, the kid has talent, and is simply meant to be a great musician. Thus, I feel as though of all artists today, Dylan Gardner certainly deserves more recognition and fame than he already has. He has put out two albums already–Adventures in Real Time and Almost Real— and is currently working on his third, from which he has already released one single and is due to be released as a whole in spring or summer of 2019. So go have a listen, follow him on social media, and give the boy the recognition he deserves. Don’t be surprised if his songs are on the radio or his name is all over your Twitter or Instagram feed within the next couple of years.