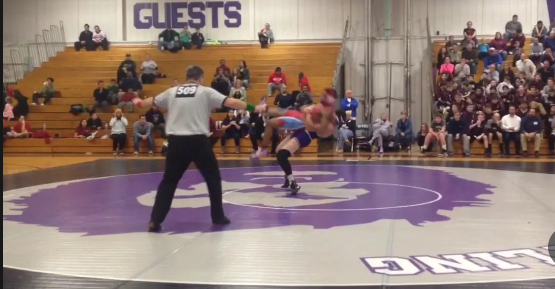 With another season in the history books, The Cherry Hill West Lions have had another great season filled with ups and downs. Nonetheless, this is a season the Lions should be proud of after losing many seniors from 2020 and 2019. The Lions finished 7th in the Olympic conference with an overall record of 14-12. The Lions’ seniors had amazing records this year, with Captain Brandon Drea and Michal Ummarino finishing first at the Haddon Township Holiday tournament with perfect 2-0 records. David Escamilla finished third with a 2-1 record. Captains Brandon Drea and Ryan Schimpf led the Lions in stats with impressive records of 32-8 (Drea) and 30-9 (Schimpf). Both captains continued their illustrious records in the District 27 tournament where Cherry Hill West placed 5th as a team, seeing Brandon Drea, Ryan Schimpf, and Nick Berckman, advance to regionals to continue their impressive records. Brandon Drea would come out on top, placing his ticket to States where he, unfortunately, came short of making it to the next round. However, a valiant effort was made by the whole Lions squad who had a season cut short last year by the pandemic.  In addition to making states, Brandon Drea and fellow senior Dominic Versace were named 2022 All-Conference Selections. In addition, Brandon Drea was also chosen for 2022’s Most valuable wrestler award by the head coaches. Future seasons look bright for the Lions with the wonderful role model seniors that lead on and off the mats. Thank you, Seniors!