Interview with Mr. McMaster on Success On and Off the Field

Doing the right thing is very important to Dan McMaster. McMaster is a long-time teacher and coach within the Cherry Hill Public Schools district, having begun teaching 20 years ago over on the east side of town. After many years at Cherry Hill East, McMaster made the move to Cherry Hill West and began coaching the Lions’ renowned baseball team. The transition was natural for him. McMaster explains, “I played college baseball, loved baseball and I had this opportunity to teach at West. I was excited to coach and try to make a difference here, not just in the classroom, but on the athletic fields as well.”

Besides teaching US History and Financial Literacy at West, baseball is McMaster’s passion. He is widely respected at West for both his teaching and coaching ability. While he is past his playing years, he loves the idea of being able to develop young players’ confidence. “The best part about coaching baseball,” McMaster states, “is working with the players day in and day out, and getting to know them, building relationships with them, hoping to instill confidence in them, and then seeing them find success and believing in themselves.” 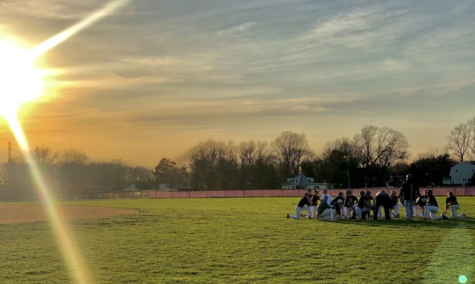 Pictured above: The West baseball team practicing preseason (photo from @CHW_baseball on Twitter)
The 2022 West baseball season was nothing but success for the Lions. After a rough loss to Shawnee to open the season, McMaster’s Lions rallied to 7 straight wins. The team would close out April with an impressive 10-2 record. It’s clear to McMaster that these players are committed to the game and the school’s athletics: “We have a nice group of seniors who are leading by example and doing things the right way. We have a lot of young guys that are gaining their first varsity experience, and I think I just really appreciate the commitment and the level of dedication that they are making.”

One of McMaster’s mottos when it comes to coaching is that “it takes a village to win a game”.  He has been very pleased with the team working together and being cooperative in order to win games. “It’s a total team effort, total program effort, and I couldn’t be more proud of the guys,” McMaster says.

On April 25th, the Lions held off rival Bishop Eustace in a game that clinched them the Olympic National berth to the annual Joe Hartmann Diamond Classic, the most prestigious high school baseball tournament in South Jersey. The Lions had themselves a great game pitching-wise, not allowing a hit in the first five innings. McMaster praises the 2022 Lions team, stating, “We expected to be good defensively, but this might be one of my best defensive teams that I’ve had here at West.” He truly believes this team is becoming more well-rounded as time goes on, as the Lions are able to bunt efficiently and steal more bases. “The timely hitting has started to pick up recently,” McMaster continues. “We are trying to do it all!”

Of course, no team can be truly perfect. McMaster wants his young players to continue pushing themselves to do whatever it takes to become better. McMaster believes his student-athletes can work hard to continue their success, and it’s all about sustaining their level. “As hard as it is,” McMaster explains, “as hard as you have to work to get to the top of the mountain, you have to work even harder to stay there.” To McMaster, it’s all about continuing your hard work, even when you know you’re at the highest level.

Mr. McMaster knows that this success is merely the beginning of something extremely valuable to this school. “We’re just starting to scratch the surface, we are only going to get better,” McMaster claims. He expands his praise to West athletics as a whole, believing as the years go by, Cherry Hill West is building a great athletic reputation. Cherry Hill West athletics plays in the Olympic Conference, one of the best athletic conferences in New Jersey. He states that “The more that we can do as coaches and student-athletes is to kind of keep that rolling across all sports, I think the better it is for our school.” 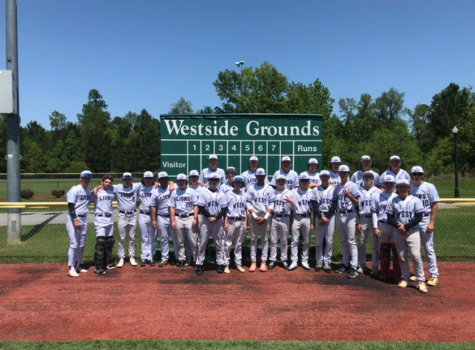 Pictured above: The 2022 West baseball team at Myrtle Beach (picture from @CHW_Baseball on Twitter)
To Coach McMaster, he follows the motto that “tradition never graduates”. He looks past the diamond, and really wants to bring this culture to the school of Cherry Hill West, and not just the athletic program. “Whether you are a student, or you’re extracurricular involved in a musical or community service or athletics,” he explains, “there’s a right way and there’s a wrong way to do stuff. I think if you maximize your efforts, you do everything you possibly can to be successful.” McMaster wants his students to be “able to put your head on the pillow at night and know you did everything you possibly could, even if you end up short.” This value is one McMaster preaches, and a value he believes leads to future success. He loves his school and its students and looks forward to continuing to try to help maximize their efforts.

“What I appreciate here,” McMaster concludes, “is the effort that all the students make in everything that they do, not just in the classroom, but extracurricular-wise, and I think this is what makes our school great.” While coaching baseball at West is his passion, McMaster makes it clear he wants to help improve the work ethic of every student he teaches and every athlete he coaches. He wants Cherry Hill West, as a whole, to develop a culture of doing the right thing.