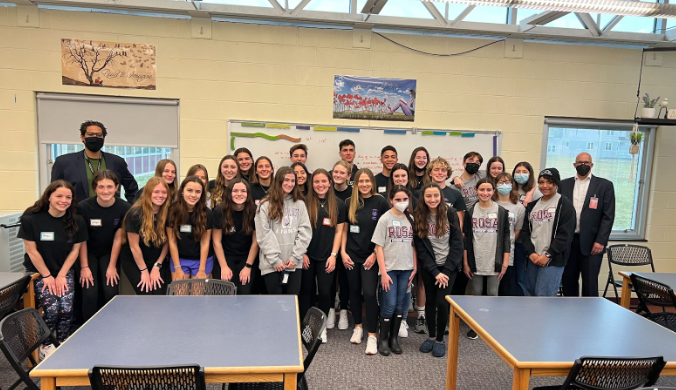 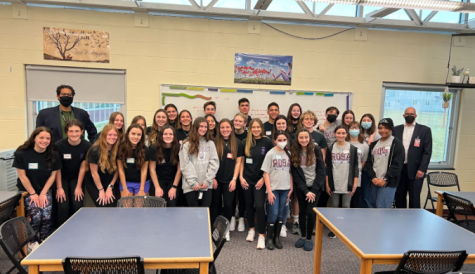 Students from the Athletes Against Bullying Club at West went on a series of  field trips to the three Cherry Hill middle schools-Rosa, Carusi, and Beck- to give presentations to the sixth-grade homerooms about preventing bullying. The first field trip took place on March 17th to Rosa International Middle School and included members of the executive committee only.  The second trip was to Carusi Middle School on April 6th, and the third took place on April 12th to Beck Middle School. Both the second and third field trips included executive committee members as well as general club members. They were split into groups of three and four and each group went to a different homeroom to present brief information about the club and the importance of anti-bullying. 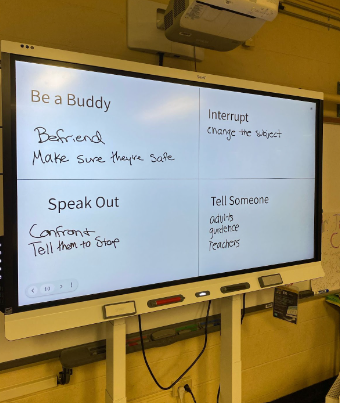 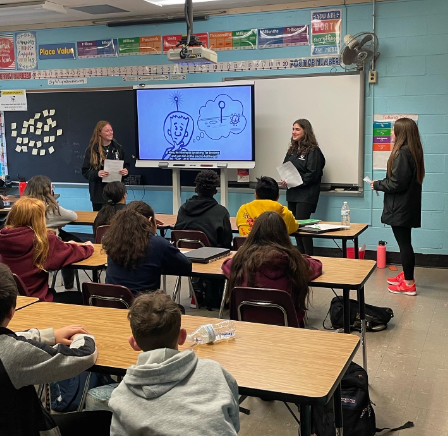 The AAB Club Co-Presidents, Naomi and Nick Aristone, created a slideshow presentation that was used by every group and focused on the importance of not being a bystander. It also gave the students strategies to stand up to bullies and how to help people they see being forced into uncomfortable situations at school. The presentations featured a short video on the topic as well as a clip from the movie Wonder. 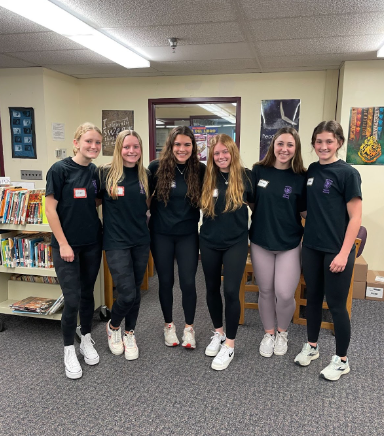 Each group interacted with students from their assigned classrooms to get insight into their middle school experiences with bullying and to give advice as older students who have experienced middle school as well as high school.